Since two years, many things have changed on the Folding@Home project as well as in the Hardware world, so we expect a quick return of what has been the site's DNA :

We took the opportunity to modernize the CMS and its interface, so there might still be small slight issues with older contents. Don't hesitate to report the little bugs if you find some. 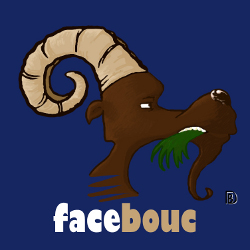 We’re posting this little news to introduce you (or to remind for some of you) of our presence on the main social networks. Indeed, FAH-Addict is also a way to bring people to the project, because it doesn’t get huge coverage by the general media. Your help might be valuable in different ways:

On Facebook of course we have the biggest community. This is a good way to promote the project among your family and friends by sharing our news when you think they might be interested.

On Twitter which is our oldest community, you’ll find some other accounts interesting to follow according to your needs. We’d like to say hello to donors from other distributed computing projects that are following us

On Google+ our latest and quickly growing community ! When sharing or adding some +1, you can help us reach the “featured” posts in regard to the user interests. This might be a good way to reach people in a targeted way.

Anyway, whether you’re a big social networks fan or not, thank you for your loyalty. Even when we’re not very active, we appreciate seeing you around on FAH-Addict ! 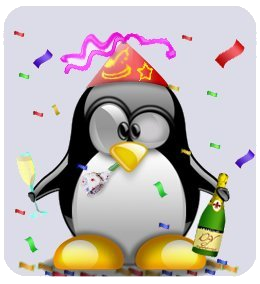 Greetings noble visitor! The FAH-Addict team wish you a happy new year 2012, maybe the last one according to some predictions, but … let’s enjoy it

2011 has not really been a good year for FAH-Addict, the administrators being overworked for good, or very good reasons. Congratulations to Frodo The Hobbit who got married in the end of 2011 ! In 2012, we’ll try to do better, we owe it to you because of your continuous support to the site !

Feedbacks on what we announced

2011 Folding switch to v7 : TRUE !
Finally, it’s here, and it works pretty well. Although it is not mandatory yet, the v7 client are doing well though open beta and it’s way easier to use for the new donors !

2011 BigAdv returns on Linux : TRUE !
Thanks to the A5 core released this year, Linux users are able to fold BigAdv WUs again.

2011 ATI cards are able to fold more efficiently : TRUE !
With GPU3 (which require v7 client), ATI cards are back to the business. All issues are not sorted out yet and performance improvements are expected, but we hope the future ATI drivers and core releases will help.

This year has also seen the following changes : the extension of the quick return bonus to uniprocessor projects, the A4 core gaining the possibility run both in uniprocessor and SMP modes, some updates to the stat system and the opening of the closed beta.

For 2012, nothing is clear yet. Last week, BigAdv projects have been repositioned to aim 16 core (or better) machines, but excepted this obviousness there’s not a lot to speculate on. The project has gained in maturity, so it’s up to us to keep folding

So for 2012, are we going to see GPUs go back in the competition (with ATI’s Southern Island and nVidia’s Kepler) or a Folding core for ARM CPUs (which are growing in number and processing power) ?

Feel free to share your opinions on the Folding@Home project future …
Hello, Folders!

I come to discuss an appeal launched by one of our Dutch members, Elledan, known on Twitter as Maya Posch.

Maya is Dutch. She was born with a genetic disorder which means she is physically neither male nor female. She is intersex, and has elected for a female lifestyle. Her genetic defect causes numerous medical complications (you can read all about these in detail on her website) and her medical bills are often very high. Maya must take some medical tests shortly - expensive and costing around €1100 - but her private health insurance and the Netherlands' social security have both neglected to provide her aid.

Today, a very generous donor sent her enough money to cover the main test, but there are others she must still pay for.

If you are able to provide Maya with any help, no matter how small, I'm sure she would greatly appreciate and be better off for it.

Thanks for your consideration!

We hope you enjoy it.

After several long months of waiting, primarily due to the difficulty of acquiring an EVGA SR2 motherboard in Europe, our long-delayed test of the Xeon L5640 processors is complete. They are tested alongside two X5560s for comparison.

This is the start of a new category of tests for us: the first CPU test we have done, and the first tests utilising the SMP2 client, both in standard and bigadv modes. If you have any comments on how we could improve the tests for future articles, please do not hesitate to comment or send us a message.

Read the test here.
MemtestG80, a memory and logic testing utility for graphics cards, has been ported to OpenCL by Imran Haque.

With this new version, the same tests can be performed on ATI and nVidia graphics cards, as well as on your CPU. This will come as good news to ATI fanboys in particular, who now at last have a way to check on the memory stability of their cards.

You can download MemtestCL in our Overclocking tools category of our Web link section.

Updated 17 August at 21:30:
MemtestCL can now be downloaded without having to register an account on the site.
Some visitors to the site may have noticed the lack of news on FAH-Addict recently; this is due to two recent complications, one being a general lack of big news on the Folding@home front, and the other being technical issues keeping us occupied elsewhere. The site was experiencing intermittent server crashes for some time prior to us switching services a few days ago, and said crashes were becoming more and more frequent. The reason for this was an instability of the SAN, which served as a virtual hard disk on our RPS server.

What is an RPS server? It is a small, dedicated server that runs diskless; storage being outsourced to a SAN in iSCSI mode.

In theory, this setup would allow us to get off the ground fairly quickly and with minimal hassle. In practice, as soon as the link to the SAN is broken, the entire server crashes and leaves potential visitors with nothing but a fail message when they try to access the site.

So we spent our beloved weekend setting up a new, more powerful and reliable dedicated server, rather than going out and getting pissed, as per usual. The new server is an Intel Core i7 920 based machine, with 12GB of RAM and 1TB drives in a RAID array, so we shouldn't have to worry about vital user information or our secret "movie share" being lost to a head crash.

Congratulations to toTOW, who managed to complete the server migration in just a few hours, all the while avoiding disastrous cockups that would see him removed from this plane of existence in retribution. And a big thank you to all you visitors, without whom the site would have no reason to exist itself, and all you who support us with your comments.

We want to especially thank the generous folks that have donated to us to help keep us afloat. Your confidence is appreciated!

Also included in the test, besides the usual benchmarking, is a novelty in the form of charts displaying a comparison between the 5770 and the cards we have previously reviewed. The data includes performance levels, power consumption, and general efficiency.

So what gives in the world of ATI GPU folding? Click here to find out.

In the coming days, we will provide a more detailed comparison between these processors and a pair of X5560s. Until then, we leave you with some pictures of these new toys, which should grace one of our test motherboards very soon! 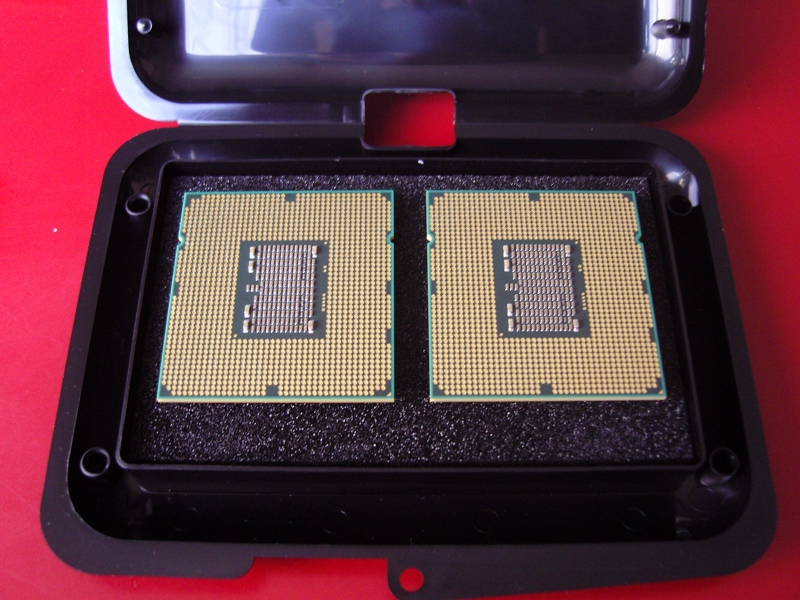 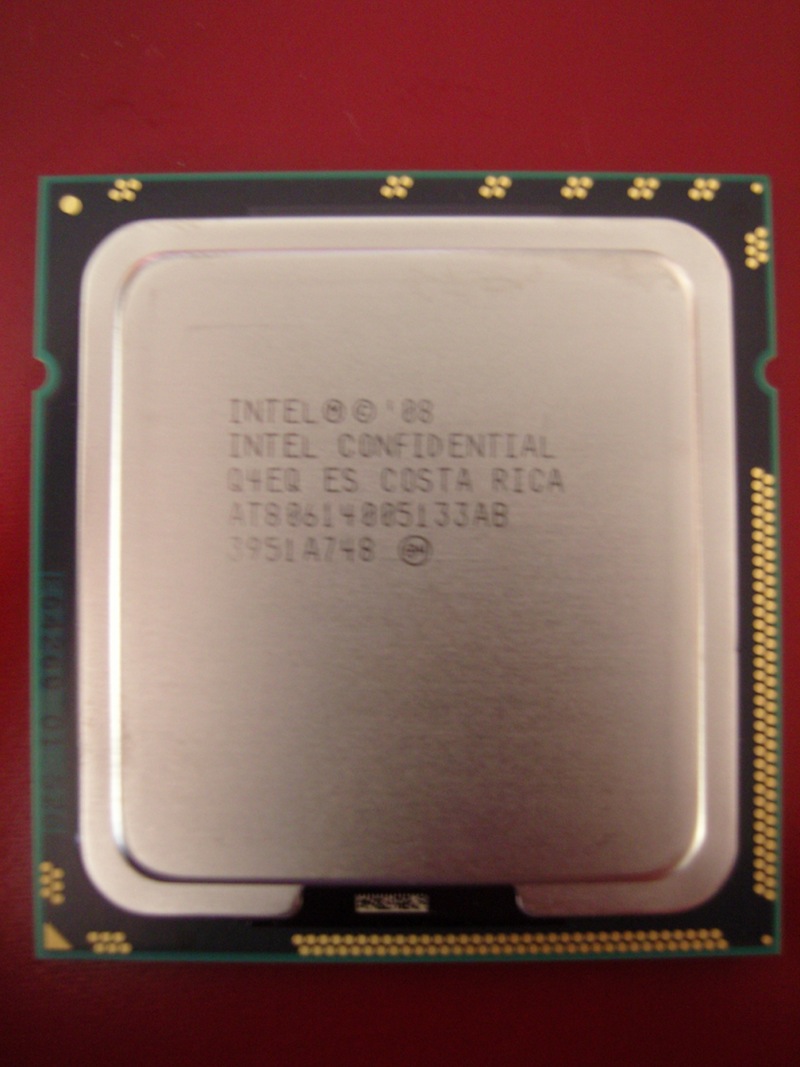 The team once again thanks Intel France for their generosity in providing this hardware to us free of charge.