More statistics
This news is coming from one of the key researches of the Folding@Home project which is studying proteins folding in collaboration with Prof. Jesus Izaguirre lab at the University of Notre Dame.

The Izagurre's lab at University of Notre Dame is working with Vijay Pande's one at Stanford to produce a new GPU core that leverages the amazing speed of OpenMM implicit-solvent force calculations (the heart of Folding@Home GPU core) and adds a new method called LTMD (Long Timestep Molecular Dynamics). This combination allows an about 10 times simulation speedup over what OpenMM is capable of for systems from the WW domain (35 residues, 544 atoms) to the Lambda repressor (80 residues, 2000 atoms). This speedup allows about 10 milliseconds of simulation per day of computation, which get Folding@Home platform closer to the ability to simulate a single trajectory in the millisecond scale.

In collaboration with Cauldron Development (lead by Joseph Coffland, main developer of Folding@Home v7 client and some cores), researchers are hoping to build a GPU core that might be the first CPU/GPU hybrid core. There are still some technical questions that need to be sorted out about how to best achieve this and a talk with beta testers should be engaged when the core will be closer to entering in production.

To go further, researchers will continue to improve LTMD GPU technology to achieve greatest performance improvements on larger systems that will have a better biomedical interest. A very interesting improvement would be to extend this technology to explicit solvent simulations.

As far as scientific simulations, we simulate folding of about 80 mutants of the Pin1 WW domain, a protein involved in some cancers and the Alzheimer's disease. Understanding the role of these mutations in protein misfolding might have great biomedical consequences since many diseases have at least some components linked to protein misfolding. Another project that is about to start will simulate the dimerization during folding of proinsulin and its mutants, which results in some Type IA diabetes.

Izaguirre lab thanks the Folding@Home donors, the beta testers and Vijay's lab for their generosity and their leadership that made such advanced simulations achievable. 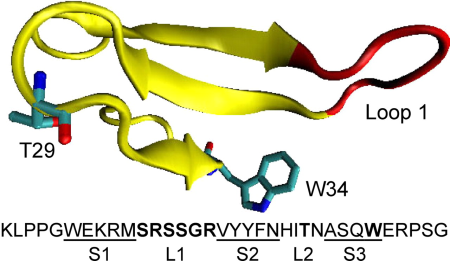 Adapted from: Vijay's blog
Suggestions :
Progressive roll out of "BigAdv-16" Protein folding and molecular recognition
You are not authorized to post a comment