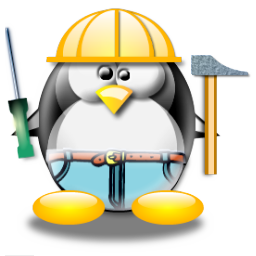 Citation:
The cross memory attach patch developed by Christopher Yeoh has been incomporated in 3.2 Linux Kernel.
The objective of this work is to improve the performances of the processus that rely on MPI (Message Passing Interface) layer. This norm is often used for high performance computing because it allows many processors in clusters to exchange messages to process data.

Yes you read it accurately, if we folders now have wonderful multithread implementations of Gromacs core, MPI no longer being used for Folding@Home since the switch to SMP2, the rest of the world is still using it ! To summerize the optimisation by Christophe Yeoh, MPI used to generate two copy operations for each message exchanged. The new implementation only requires one, which greatly reduces the amount of data exchanged between processes.

Citation:
Christopher Yeoh modified the OpenMPI library in order to use the new cross memory attach feature and he ran a few benchmarks on a 64 cores machine using POWER6 CPUs. As expected when removing a costly copy operation, the tests show a big performance improvement:

Those gains would have helped a lot our Core 2 Quad CPUs in the past ! Congratulations to Christopher Yeoh and to the other contributors to the Linux kernels to keep going further !

Even of we’re no longer using this technology in Folding@Home cores, some BOINC projects are working on SMP implementations of their scientific application using OpenMPI. We hope this technology will help to speed up their computations. 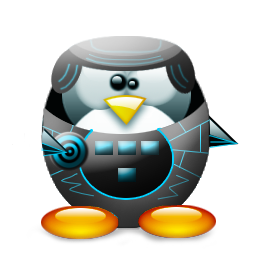 Here is the second edition of our FAH-optimized kernel all you BigAdv addicts, based on version 2.6.37 of the Linux kernel. Frodo, our optimisation wizard, has hand-tailored this version specially for Intel Core machines.

Warning: Don't use this kernel if you're running a GPU client; this is meant purely for dedicated machines running only the CPU clients.

Please remember that this kernel is provided without any guarantees from the FAH-Addict team. It was tested on an Ubuntu 10.10 machine, and should work fine on Debian systems. We can't be held responsible for any issues caused, however unlikely. Install it only if you're capable of repairing your machine, or reinstalling your OS. Do not install on a production machine. 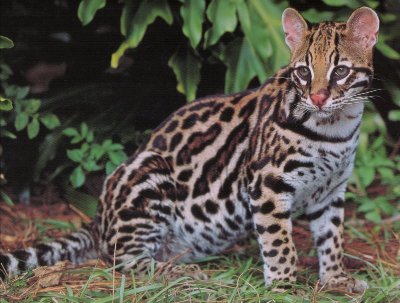 Source : Clubic
If you plan on upgrading your version of Ubuntu to 10.10, then beware. The SMP2 client is currently experiencing technical difficulties on Maverick, in the form of a segmentation fault upon startup:

There doesn't yet seem to be any working fix available, but when it comes it will likely be similar to the library hack we reported on the last time F@H and Ubuntu had a spat. One promising potential fix that we found involved manually initiating the nscd daemon before starting up the client, but alas it proved not to work.

The output given by the client would seem to indicate the client cannot work when there is no swap/page partition available, however this error is thrown up even on systems with an available swap partition.

Feel free to provide your own feedback, and if you discover a fix before we do, we'd appreciate if you share it with us!

A workaround has been discovered; following are the console commands and instructions:

Execute sudo apt-get install nscd
Open /etc/nscd.conf with a text editor
Find the line enable-cache hosts no and change "no" to "yes"
Save the file and quit the editor
Execute sudo service nscd restart

Your folding client should now function correctly. Hopefully the v7 client won't require any such intervention when it is released!
Debian version 6 is approaching (packages have been frozen since August 6th), but the Debian team have announced that the next version has already been named. Version 7's mascot is Wheezy, the penguin with a problematic whistle.

Debian has a tradition of naming its releases with characters from the Toy Story film series. Here is a quick summary:

As always with Debian, it is stability that prevails over all else. Version 6 is now in the hardened freeze state, meaning bugfixes will only be accepted if they fix critical stability/security flaws.

Source: H-Online
Ubuntu 10.10, AKA Maverick Meerkat, hasn't even reached its initial beta testing phase, but already its successor has been given its baptismal name of Natty Narwhal. 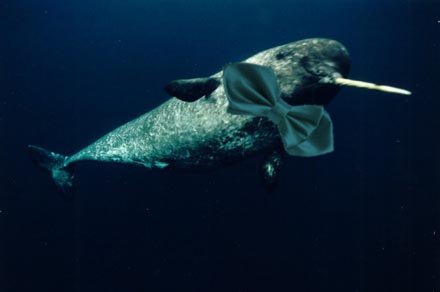 The aquatic animal resembles the potential love child of a whale and a unicorn, and lives year-round in the Arctic Ocean, much like our beloved penguin Tux, the mascot of the Linux kernel.

For the moment, not many milestones or goals have been set for Narwhal's development, but with support for things such as multitouch in the latest Maverick alphas, it goes to show we can't really judge anything in advance when it comes to Ubuntu feature set development.

For more information on Narwhal, this page on Mark Shuttleworth's blog summarises everything we know for the time being.

33% of FAH-Addict readers use Windows XP, which is why we're taking the time to remind you that from tomorrow, Microsoft is officially bringing to an end its support of Windows XP SP2.

What does this mean for users? Windows Update will no longer supply any machine running XP SP2 with security patches after 13 July 2010. This means that as of July 14, each bug and security hole found will not see the a fix released for this version of Windows. Seeing as how there is little shortage of critical vulnerabilities of all sorts, such as the ones that enabled the Blaster Worm to operate, it would be wise to switch to a more recent version of Windows in order to be afforded better protection.

Of course, one can always just install Service Pack 3 to postpone the inevitable, or switch over to an alternative OS if one is so inclined.

The Ubuntu software repository has been updated and now includes version 195.36.24 of nVidia's proprietary graphics drivers. The most notable features in this driver version are support for the Fermi, GTX 470, GTX 480, and the Tesla C2050. For most other users, the driver update doesn't bring anything new to the table.

This driver, combined with the GPU3 wrapper that we reported on recently, should allow you to fold without expending too much blood, sweat and tears.

The first alpha version of Ubuntu 10.10 is now available. As is to be expected, Alpha 1 is essentially just 10.04 synced with the latest unstable version of Debian Sid and its software repository.

Obviously, it's too early to make any grand-sweeping judgements about Meerkat, but it provides the first indications of the gradual changes that lie ahead for the well-known distro.

First up is the kernel version: 2.6.34-5. Lucid, being an LTS instalment, did not take any risks that could negatively affect its stability, so 2.6.34-5 offers a big gap technically speaking between the two kernel versions.

On the drivers front, we have version 195.36 of nVidia's graphics drivers and version 8.723.1 of ATI's. It bears remembrance that even though the free equivalents are beginning to show some weight in the Linux community, for folders it is imperative to use the proprietary version of the nVidia driver in order to properly fold with their cards.

On another note, from the last Ubuntu Developer Submit emerged a proposal for a major evolution of the menu bar in Gnome (similar to that we see in Mac OS) in order to save screen space on Netbooks/Tablets. It seems that Ubuntu is preparing for a direct confrontation with Google's Chrome OS.

In short, version 10.10 looks to be taking a bolder approach to implementation of new features, and will likely retain its nausea-inducing truly delightful default brown colour theme.

The latest version of Ubuntu has arrived, and post- team hangover, we decided to run some folding tests on it. Ubuntu 9.10 was a sore disappointment for folders, giving significantly lower computational speeds, among other problems. General usage wasn't very much better either, with a typically buggy and resource-consuming Flash player, erratic CPU state management, etc.