The Lynnfield processors, aka Core i5 and Core i7, have been released today, with many sites already benchmarking these new CPUs.

A little reminder - the Lynnfield processors are based on the Nehalem architecture; they use the LGA 1156 socket, with a dual- rather than triple-channel memory controller, support Hyper-Threading for some models, and have Turbo Boost capabilities. They also have 16 PCI Express lanes that can operate in SLI or CrossFire configuration, and the QPI (QuickPath Interconnect) has been replaced by the traditional EMR.

The question remains as to what sort of performance these CPUs will offer for Folding@Home clients. 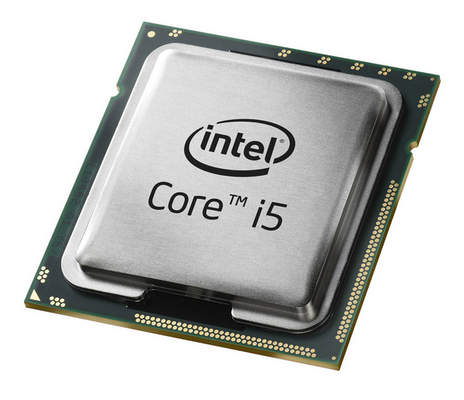 Reviews and benchmarks by BitTech and Tom's Hardware.

PCWorld has been testing a new Core i3 Clarkdale crammed into a 32nm die.

To recap, the 45nm Core i3 Clarkdale featured an integrated graphics chip, and a Nehalem-derivative architecture with a 32nm die shrink with dual-cores and Hyperthreading. It will have 4MB of L3 cache and will be compatible with Socket LGA 1156, though Turbo Boost mode will likely be absent from this processor. 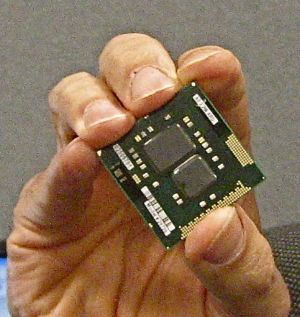 The potential for this platform being used for dedicated folding, without having to break the bank on it, is of extra interest to the Folding@Home community. By the time it is released, the unfortunate state of the A2 2.10 core on dual-cores will be history.

The engineering sample processor was tested by PCWorld, and was clocked at 3.06Ghz (Core i3 540), with the Turbo Boost enabled, which will most likely be the standard setup for consumer versions of the product. The overclocking potential of this small Clarkdale looks favourable, with stable clock frequencies of nearly 5GHz attainable on air cooling alone, however the integrated graphics have not yet been tested.ot support yet.

Source: PCWorld
Noiseblocker, a subsidiary of the German cooling solution provider Blacknoise, will soon be releasing a new CPU cooler; the TwinTec. 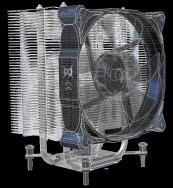 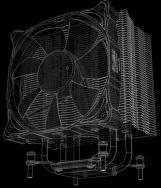 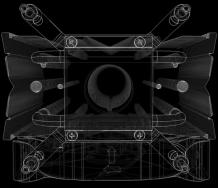 The new heat sink has a pecularity; it is a huge heat pipe 25.5mm in diameter at its centre, plus four heat pipes leading to the outside, leaving the radiator.

It will cost approximately €65, a reasonable amount given the intriguing design. It will be interesting to see whether the super heat pipe will be sufficient to cool our dear little folding processors.

While the board looks spectacular (as you can see below), its features are far more than skin deep. It should be a brilliant overclocker, thanks to a new feature called RoG Connect. This feature allows the (usually resource heavy) overclocking and monitoring software to be run on a second machine, which may result in higher overclocks (the overclocking can be performed in real time). 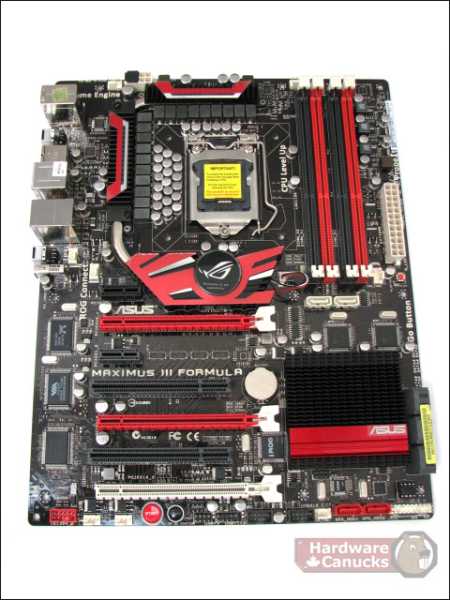 This board also has other novel features such as two dedicated SATA ports for hardware RAID (the red SATA plugs at the bottom of the board), in an attempt to avoid the sometimes shoddy drivers provided by RAID controller manufacturers for software RAID, and a reset button to load a known good memory profile, to try to prevent unrecoverable memory error crashes.

Whilst there is no doubt this board will be at the higher end of the spectrum of P55 motherboards, for overclockers its additional features could prove invaluable, and as a result it has the potential to be very popular amongst some members of the Folding community!

AMD is preparing a new generation platform to replace the next "Tigris" platform, which will support the current "Caspian" dual core processors.

This new platform will feature the "Champlain" processor, which seems to be the mobile version of the Phenom II quad-cores. It will include support for DDR3 (1.5V), the DDR3L (1.32V) and AMD's laptop S1G4 socket. The CPU's die is manufactured on a 45nm process, and should be released in June 2010. The platform will also support the new Phenom II K10.5 dual-cores.

Here is a summary of the characteristics of current and future AMD mobile platforms:

Reports have come in that AMD's new Leo and Dorado platforms will include support for state of the art components such as next-gen CPUs, DirectX 11 graphics and the 8 series chipset. According to Vr-zone, the latest AMD chipset will launch in April/May 2010.

The AMD 890FX/GX and SB850, which are expected to launch in April and are part of the Leo platform, will replace the current Dragon platform. The AMD 880G and SB810, which is part of the Dorado mainstream platform, will be launched in May 2010, and will replace the current 785G and SB710 chipset. These latest chipsets offer 6Gb/s SATA and USB 3.0 support, along with integrated MAC and clock generators.

Engineering samples will be ready by November, accompanied by the beginning of initial mass production. The public launch will take place in Q2 of 2010.

A rumour reported by Inpai has the future GT240 with 96SPs, the next generation mid-range card from nVidia.

Codenamed GT215, the GT240 will be manufactured on a 40nm process, and will be sold in two packages; one with GDDR3 and one with GDDR5. The expected performance is in the same arena as the 9800GT (112SP on a 55nm process).

A little further down the line nVidia has the GT230, which various reports have as containing 64, 80 or 96SPs. (though these are apparently guesses. This will also be manufactured on a 40nm process, and performance is expected to be on a par with the 9600GT, depending on how many SPs it ends up with.

A motherboard compatibility list has revealed AMD's new top-end Athlon II processor. The Athlon II X2 255 is clocked at 3.1GHz (200MHz FSB with a 15.5x multiplier), and 2MB of L2 cache. It will support SSE through SSE4a, and the (expected) amd64 architecture. It will be built for the AM3 platform, but backwards compatible with AM2+ and as a result supports DDR2 and DDR3 at 800 and 1066MHz respectively. 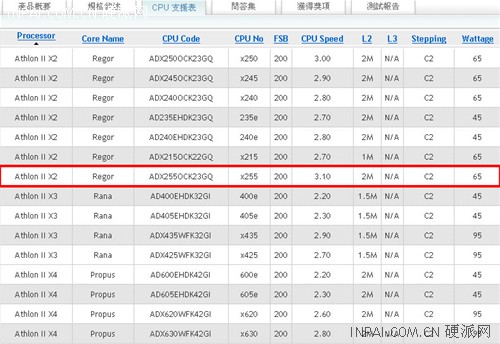 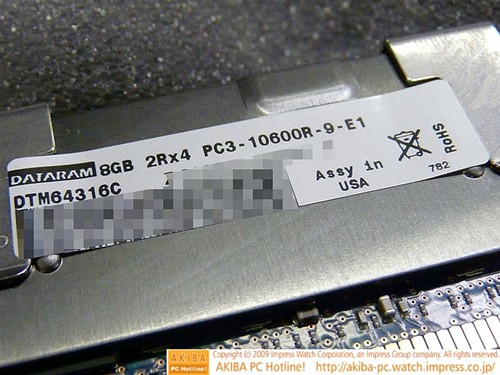 The new memory modules use Registered/ECC technology so are limited to Xeon and Opteron systems, however these could prove useful for those thinking of building bigadv machines with the new hexcore processors from AMD and particularly Intel.

The Xeon DP versions of Core i9 Gulftown will have 12 cores each (with HT enabled) meaning that such a system would need at least 16GB and preferably 24GB of memory for bigadv. Better start saving up

Source: Inpai
It's been several days since the 2.10 core was released, to fix the bug which was creating defective folding units on single cores. It is time to take stock of all that has changed with this core.

Note also that the A2 core is now at version 2.11 for the Mac; debug output had been forgotten and not been removed, which produced a great deal of extraneous data to be written to the logs. This error has been corrected in the latest version.

The list of changes in this version is quite long; click on "Read More" to view the complete article.