It will run at 2.93GHz, with 4MB cache and will support DDR3 at 1066 or 1333MHz. It will have a TDP of 73W, and will have an integrated Intel GMA GPU which will be capable of decoding HD video. The Core i5 differs from the Pentium G9650 due to it's support for HyperThreading. 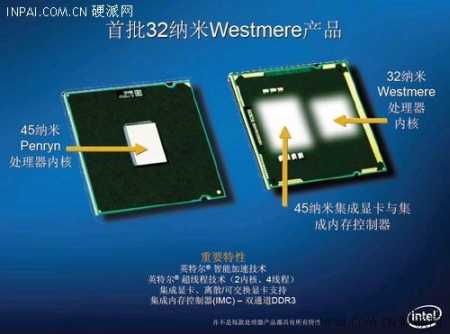 This packaging type is reminiscent of the Pentium II Xeon, which had the same dual-die design, with seperate dies for its CPU core and onboard cache.

Hopefully, this architecture will not pose too much of a problem for heat dissipation, thereby making it easier to overclock.
Suggestions :
Less plastic at Intel Intel adds Turbo mode to the Arrendale IGP
You are not authorized to post a comment