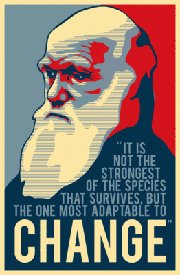 Until recently, the huge (war?) machines based on the EVGA SR-2 ruled the roost for energy efficient folding, that is high PPD/W.

Previously folders would find that multiple single-socket machines would be the most effective way of gaining points. This technique was rendered useless by the introduction of the bonus system, which made it more economical from a PPD/$ perspective to just buy one system with a view to turning in units as quickly as possible.

The SR-2 meant an easier way to overclock very powerful dual-socket machines in order to extract the most points, and quickly became the most efficient method of earning points using any client. The downsides are clear, mainly upfront costs (the motherboard, processors and RAM alone could easily cost $2000, pricing most people out of buying such a system.

However now there is a new kid on the block ready to challenge the SR-2's dominance. Sandy Bridge has proved to be a very able overclocker, and the i7 2600K can be overclocked to 4.5GHz on air (though not using the standard cooler, obviously). A system based on this processor and the P67 chipset can easily make 35,000-40,000PPD. Suddenly the scenario of using multiple cheap systems would appear to once again be the most cost-effective way of producing points. It should be very interesting to see how the second wave of Sandy Bridge processors performs, which are apparently due to arrive in 3-4 months and will be the more high-end processors. This should see much more advanced 6-core processors (and a price tag of less than $800 for such chips at last).
Suggestions :
Intel Socket 1366, 1156, and 1155 details Rumor: 8-core Bulldozers 50% faster than i7
You are not authorized to post a comment
hootis
Member