Two weeks ago, to general indifference, Intel released the first beta of its OpenCL 1.1 SDK for the Sandy Bridge GPU. This means that the GPU in Sandy Bridge is definitely compatible with DirectX 10 or higher, with unified shaders capable of complex processing. 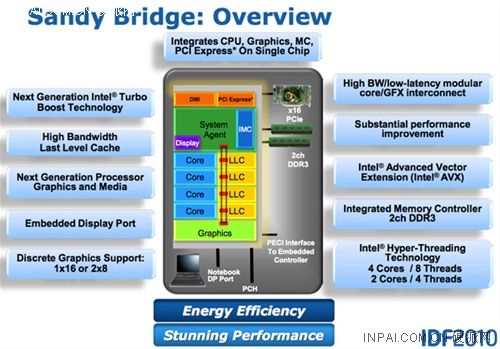 OpenCL is normally a standard independent of hardware (that is, it can run on CPUs and GPUs of any variety), so the future OpenCL version of the GPU cores could work right out of the box with the Sandy Bridge GPU. Of course we should not expect performance comparable to the best from nVidia and AMD, but we remain curious as to the potential performance of this chip. We should know next month... assuming it arrives on time...

Source : PCInpact
Suggestions :
Further information about the GTX580 GeForce GTX 570 specs leaked
You are not authorized to post a comment