After previously reviewing two nVidia graphics cards, we will now take a look on the other side of the fence with Connect3D's ATI Radeon HD5770. 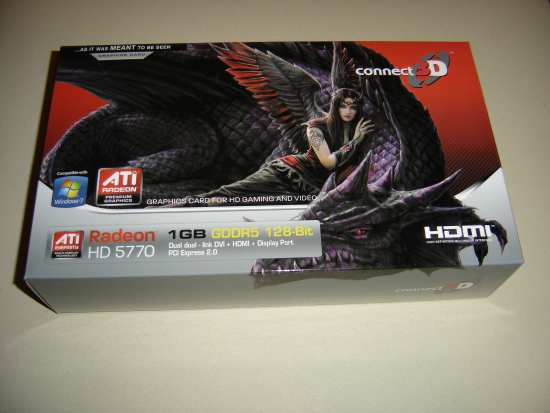 In time-honoured tradition, we shall begin by making the obligatory useless observations about the packaging. Said packaging is larger than that of the GT240, but smaller than the 9800GTX+, which we previously reviewed. We find a truly magnifiqué and dominant shade of blood-red emblazoning the box, in obvious homage to the Art Nouveau masters of old. The female character and dragon theme are also surprisingly arousing. 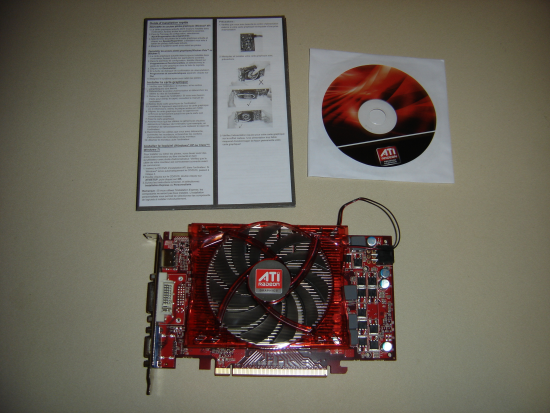 The included peripheral bundle is also similarly reduced, a reminder that the HD5770 is a mid-range card.


No display adaptors are provided, a choice that is probably justified by the fact that the card already has connectors for all the standard formats (1x VGA, 1x DVI, and 1x HDMI), but it may still inconvenience those that wish to connect multiple monitors of identical connector type. We experienced a similar situation with the GT240.

The CD, dated February 9 2010, is particularly spartan. It contains merely: 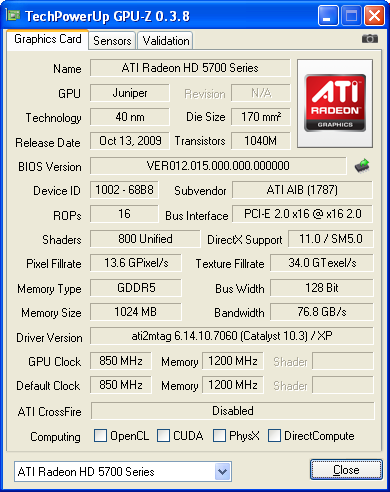 The HD5770's GPU is codenamed Juniper, but it may also be recognized as a RV840. Its specifications are very similar to those of the RV770, which can be found in HD48xx cards, but it is in actual fact a new, albeit similar, GPU. It shares with its predecessor 800 stream processors (more precisely, 160 processors working on a 5-dimensional vector, often denoted as vect5 160, which is equivalent to 800 scalar processors). The first change of note is that the Juniper is manufactured on a 40nm process, with the end result of a card that operates with a far more reasonable power consumption and heat level. The GPU has some 1.04 billion transistors, which is considerably fewer than the RV870, which powers the HD58xx (however, the RV870 has twice the number of stream processors, while the RV770 contained 956 million transistors). Due to the increased efficiency of the smaller circuits, the stock frequency of the GPU has been increased from 750 to 850MHz. All of this helps to deliver an increased processing power from 1.2 to 1.36 TFLOPS. Juniper also uses a simpler form of GDDR5 memory, with a 128-bit bus running at 1200 MHz.

The card's theoretical power consumption as announced by ATI is 18W at idle, and 108W maximum load. This corresponds to a reduction of 72W while idle and 52W while at load, compared to the 55nm RV770. We can therefore say that the 40nm process on this card achieves its first goal, but we will see if these figures hold up in practice. 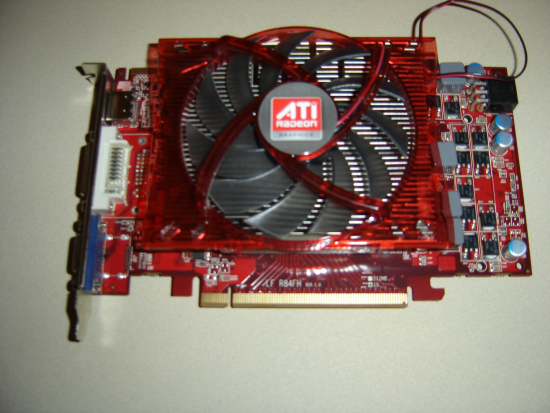 The architecture of the Connect3D is based around an RV840, as recommended by ATI. The cooling system used, however, is not part of the ATI specification. The heatsink and fan are both imposing, and occupy two slots between them. In addition, there is no facilitation of direct heat removal from the case or air vents.

The card is at least a reasonable size in terms of length, and so should not pose any problems, but the placement of the PCIe power connector is a little dodgy, and may pose some problems to a very few guys that lack the proper wrist flexibility when trying to jack said connector in. Note that the reduction in power consumption is evident here to the naked eye; while the HD4870 uses 2 PCIe 6-pin connectors, the HD5770 will be more than happy with just one. 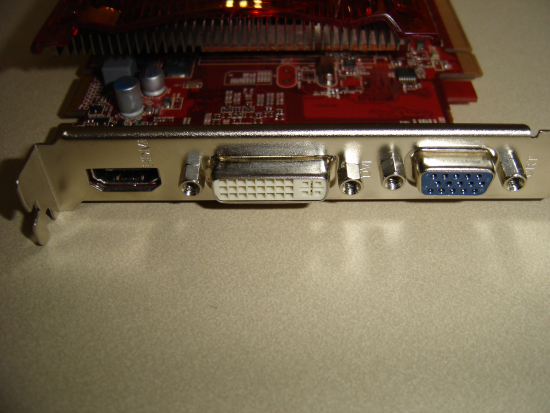 As previously stated, the card is equipped with 1x VGA, 1x HDMI, and 1x DVI outputs. The HDMI and DVI outputs are capable of carrying sound, with the aid of the ATI chip.